We are an inclusive community living out Christ's love and care for the world.

Everybody- and we mean EVERYBODY - is welcome. Bill has been an ordained minister of The United Church of Canada for over 40 years, following in the footsteps of his father and grandfather. (Bill likes to kid the congregation that his son has no intention of becoming a fourth generation minister!)

Bill believes that the United Church, his spiritual home since birth, with its emphasis on a spirituality of compassion and inclusion, can counter the message of hate and exclusion. Bill also has a renewed sense of hope with a new crop of children at Cordova Bay United, including his and Brenda’s (his wife of 43 years) granddaughters.

Bill has delayed retirement, not for employment or pension reasons, but solely because of the privilege of serving a vibrant, dedicated congregation that earnestly seeks to follow in the way of Jesus Christ. Nancy has a strong a faith and heartfelt passion for her ministry and it shows in the warm, welcoming, sacred spaces she provides children and youth at Cordova Bay United.  Nancy has experience as a leader in children and youth ministry in congregations and through the United Church camping ministry.

She is a graduate of Simon Fraser University (BA in Geography) and has a Certificate in Youth and Theology from Princeton Theological Seminary.

Raised in The United Church of Canada, Nancy grew up on a hobby farm outside Abbotsford riding horses and taking dance classes.  She has two younger sisters, and while she doesn’t have children of her own, spend any time with her and you’re likely to hear about her wonderful nieces and nephew.

For fun away from her church life Nancy plays ultimate Frisbee (though she says with no great skill) and is trying her hand at weaving.

PS – she says she loves her job! 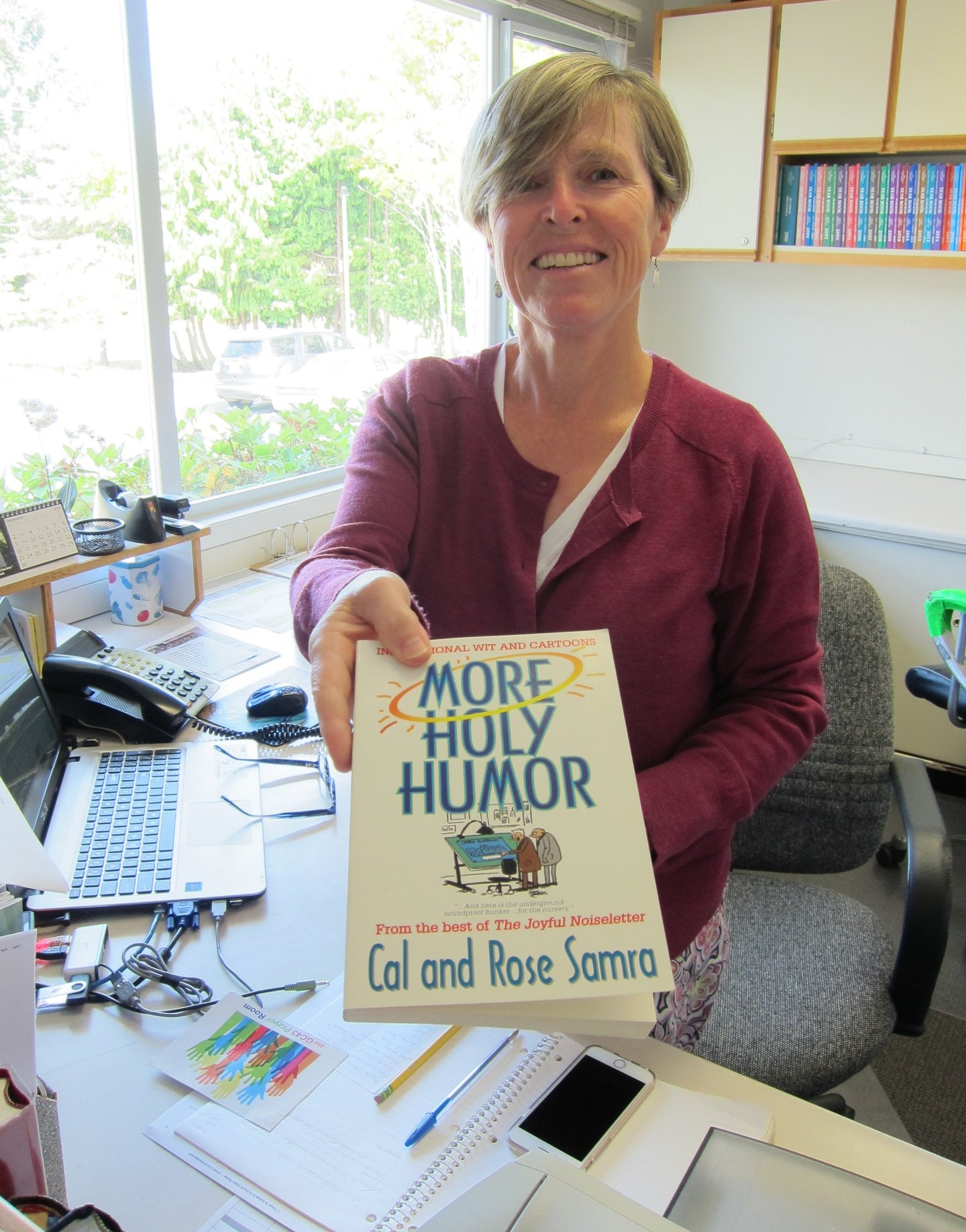 Jane views her position in the church office as a ministry to welcome and serve the staff, congregation and wider community.

A member of the Cordova Bay United faith community since 1971, Jane has served in the office since January 2012.  So there isn’t much about Cordova Bay United that she doesn’t know. Just tell her what you need and if she can’t help you, she’ll find someone who can.

Jane brings considerable education and experience to her ministry. She attended the University of Victoria (Bachelor in Education) and Université de Laval in Quebec (Programme Spéciale de Français Pour Non-Francophones). She has worked as a staff development manager and operations manager and that experience is valuable in her work at CBU.

Jane and her husband, Bill, like to grow their own vegetables and herbs. And Jane loves being physically active. She’s played field hockey every Saturday for the last 45 years, runs regularly and can often be seen cycling to work.

Jane comes from a strong United Church family and her children, Leslie and Jesse, are carrying on that legacy by being actively involved in the church.

On site Office Hours: Tuesdays and Fridays, 9am - 11am